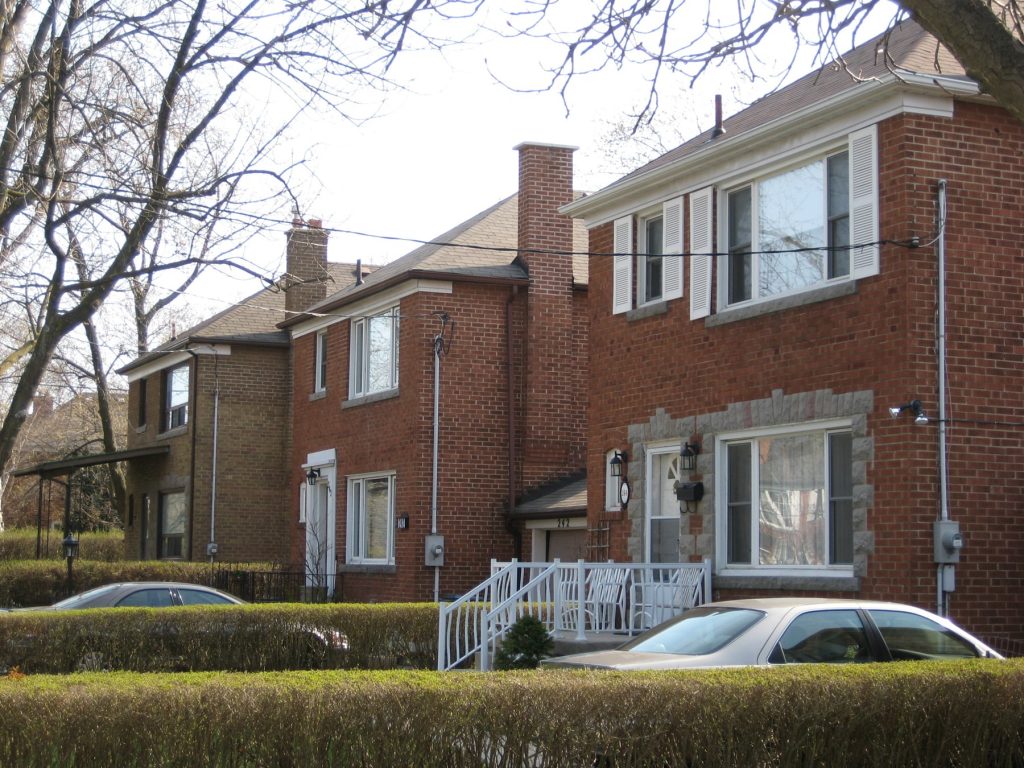 Armour Heights is an established Toronto neighbourhood with a rich history. The Don River Valley, Earl Bales Park and the Don Valley Golf Course form a natural boundary along the north and east end of this neighbourhood. Highway 401, one of Toronto’s main commuter highways winds its way discreetly through the centre of this neighbourhood.

The Armour Heights Community Centre is well known for its excellent selection of children’s programs while Armour Heights School is highly regarded as one of the top public schools in Toronto.

The Avenue Road and Wilson Avenue buses connect to stations on the Yonge-University-Spadina subway line while the Bathurst Street bus connects to the Bloor-Danforth subway station. The York Mills subway station located inside the York Mills Centre at the north-west corner of Yonge Street and York Mills Road also provides Go Transit service with an express bus to the airport

Motorists can travel directly downtown in approximately twenty- five minutes by way of Avenue Road. The Avenue Road on-ramp to Highway 401 can be immediately accessed at the south end of this neighbourhood.

The Don Valley Golf Course is conveniently located at the south-east boundary of this neighbourhood. This eighteen hole public course provides beautiful scenery and spectacular golfing. The entrance to this course is off Yonge Street, just north of York Mills.

Earl Bales Park is located at the north end of Armour Heights off Bathurst Street. This expansive park is home to the North York Ski Centre which offers lessons, clinics and rentals for skiers and snowboarders of all ages and ability. Earl Bales Park also includes a community centre with a parent and tot activity centre, games and meeting rooms and a banquet hall. In addition this multi-faceted park includes a seniors centre, an amphitheatre and many fine picnic spots. Access to the West Don River Parkland trails is available at the north end of Earl Bales Park off Don River Boulevard.

Armour Heights was originally settled in the 1830’s by John Armour after whom this neighbourhood is named. The Armour homestead was situated where Armour Heights Community Centre is located today.

The Armour family sold their farm in 1911 to Colonel F.B. Robins, who planned the Armour Heights neighbourhood. Robins envisioned Armour Heights as a high-class address with its own polo field and bridle path. The polo field was never built however the bridle path has become today’s Yonge Boulevard.

When the first World War broke out Colonel Robins put his subdivision on hold and instead donated land in Armour Heights to the air force as a training school for American and Canadian pilots. American Aviatrix hero Amelia Earhardt was a regular visitor to the airfield during the latter part of the war when she was stationed in Toronto as a nurses aid with the Canadian Red Cross.

The Armour Heights subdivision was beginning to gather steam when in 1929 Robins and fellow developer W.P. Mulock sold all their interest in Armour Heights to R. J. Lillico & Associates. This sale was described in local papers at the time as one of the largest real estate transactions ever in Toronto.

The new owners attempted to change the name of this subdivision to Beverley Hills but it is the original Armour Heights name that has stood the test of time.

Larry Wronzberg began his real estate career in 1985. He still remembers selling his first piece of real estate in Toronto. I was hooked then and never looked back. Larry has grown into a household name and is now assisting “Multigenerational Families” with all of their real estate needs. The psychology of dealing with many different generations in one family can be very stressful. Larry’s years of experience, knowledge and ability to recognize every different situation puts you at ease…

“I’ve had the pleasure of working with Larry since 2008. Larry has helped build my real estate portfolio and has provided me with exceptional advice along the way. You feel at ease when working with Larry knowing that he has your best interest in mind. His professionalism, knowledge and integrity has me referring my personal clients to him on a regular basis. Larry is a first class individual on a business and personal level.”